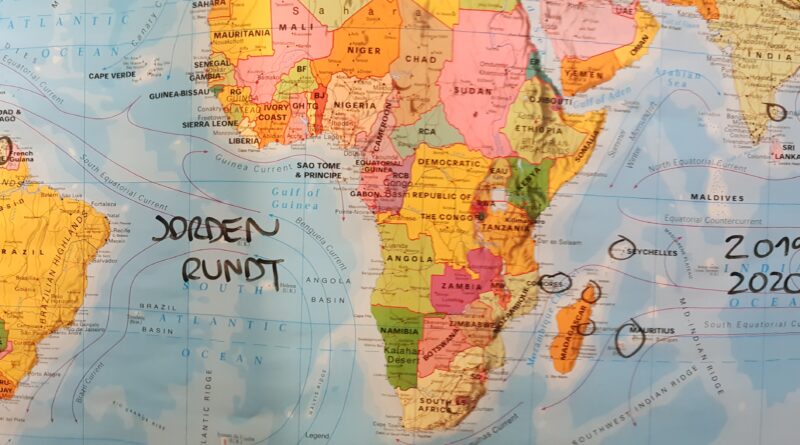 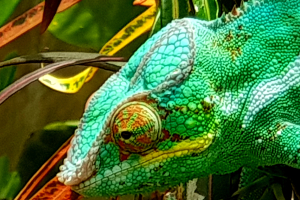 Round the World in 100 Days - Indian Ocean

First part of our RTW trip took us to the Indian Ocean. First Comores that could be a paradise but contains the worst from Africa and the Middle East. Next to fabulous Reunion where we joined a cruise to Seychelles, Mauritius and Madagascar. Absolutely splendid and great variation. A nice start of the 100 days trip. 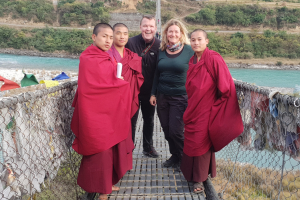 Probably the highlight om the entire trip. We had high expectations of Bhutan and everything was more amazing than imagined, This peaceful Himalayan country has some of the friendliest people along with majestic scenery, all enshrined in a calm, buddhist culture. They stick to traditions in clothes and buildings and seems to be very well balanced. It is a green country with more trees than anywhere else. In fact, trees have rights. 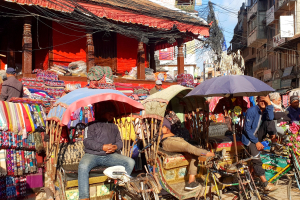 Second stop in Himalaya was Nepal. We had only four days so concentrated on the Kathmandu Valley with UNESCO WH temples , a sprawling city and view to the Himalayas. I definitely want to come back. Much more. 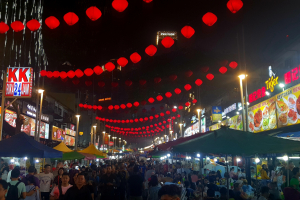 Round the World in 100 days - Malaysia, Indonesia and East Timor 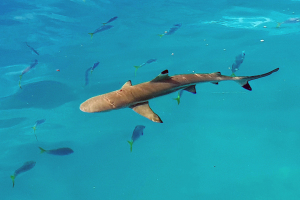 Round the World in 100 days - Palau, Micronesia and Marshall Islands 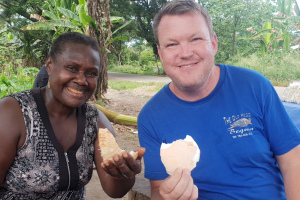 Round the World in 100 days - Nauru, Kiribati and Solomon Islands

The second leg of the Pacific part went from Marshall Islands in the north to Nauru, Kiribati and Solomon Islands. Nauru has a reputation as the Australian refugee island but this is some time ago and now refugees are integrated and live in container houses very much like our hotel! The island also has some interesting remains from WW2. It is among the smallest nations in the world and when you arrive you can actually see the whole country from the air! Next was Kiribati and the island of Tarawa. There is a lot of WW2 remains and too pay of the damage the Japanese have built a very nice road along the island, actually the only road. So we took a roadtrip and drove ALL roads on Tarawa. That brought us past white beaches, old canons and small, traditional villages with happy children. You could even drive across the airport through a whole in the fence. This IS the road. The seafood was very fresh and we ate at the same place all the time, actually more or less the only one. Here we also met a WHO representative who for the first time told us about the Corona virus. Well, the rest is history. We then moved on to Solomon with even more WW2 memorials, including the famed Bloody Ridge and Red Beach. We stayed in capital of Honiara and toured the island and the remains of WW2 on horrible muddy roads. The country is very expensive and quite interesting. Well worth to spend some time. 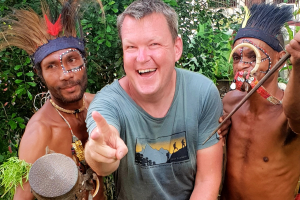 Round the World in 100 days - Australia and Papua New Guineaustralia

One of the highlights of the entire trip was a visit to Papua New Guinea, often perceived dangerous but also incredibly interesting with a variety in culture and tribes. We sailed from Australia and visited the mainland where we encountered a cultural festival with dancing and tribes dressed up. We also encountered the local chief and his wife. Further on we sailed to Trobriand Islands, famous in anthropology, and visited local villages and people. Finally we landed at Conflict Islands, actually very peaceful! We visited a turtle sanctuary and experienced quite good snorkelling as well. The images testify to the beauty of the country and the smiles of the people. Before continuing to Vanuatu we spent some time in Australia in fancy Brisbane which I know well. We ventured out to Australia Zoo, founded by Steve Irwin, and I also revisited Lone Pine Koala Sanctuary. We worked and enjoyed sunny Brisbane and all its life. 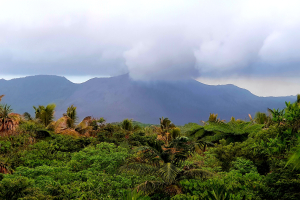 Round the World in 100 days - Vanuatu

This was my second trip to Vanuatu and Mette's first. It was interesting to revisit 20 years after last time. We toured the main island of Efate with Ole from the Travellers Club and his Australian friend before heading to the wild island of Tanna with an active volcano and the famous John Frum cargo cult. Everything on this island is wild, we stayed in a hut 20 meters above the ground and slept to the tones of the rumbling volcano. we visited the volcano that was very active and were invited for lunch in the local village. 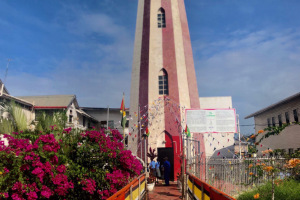 Round the World in 100 days - Hawaii, Guyana og Surinam

The very last part of the trip took us across the Pacific, via Hawaii, Honolulu and Pearl Harbour to Guyana and Surinam, exotic countries at the top of South America. In Hawaii we of course visited Pearl Harbour and toured the main island. After a long tour across the US and lot of troubles with Surinam Airlines (don't ever go with them) we landed in Guyana. The capital og Georgetown was a bit dodgy but we met Christopher who took very good are of us and even took us to visit his family. In Surinam we stayed with Henry and his lovely wife Sonja and we visited the capital of Paramaribo and some of the surrounding land. I guess we were a bit tired and full ox expressions after a long trip but had some good days nevertheless.